Northern lights (a.k.a. aurora borealis) is a natural phenomenon which is hard to predict. The truth is, aurora hunting depends on luck and there is no simple answer to your aurora hunting quest. There are however, a few factors to consider to help you improve your chances, which is what this guide aims to do.

There is a myth that the farther north you go the better. While there is some degree of truth to this, in reality aurora activities are shaped more like an oval belt and it has been moving southwards over the years. 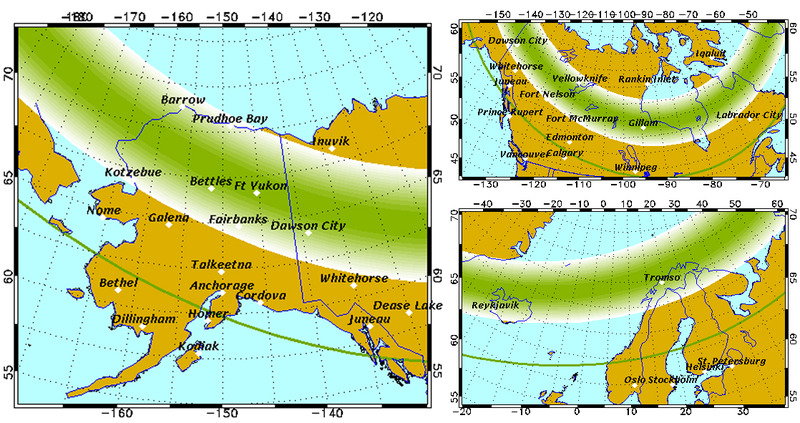 Nonetheless, to maximise your chance, it’s good to stick with the traditional aurora hunting grounds where aurora spotting is realistic even during normal-to-low aurora activities:

Aurora sighting is possible between September and March:

Technically speaking, the equinox months of September and March have the highest level of solar activity. With relatively less clouds, these are also the best months to go in terms of weather.

From April to August, the skies are not dark enough and aurora sightings are not possible with naked eyes.

Aurora spotting is possible anytime between the nighttime of 6 pm and 4 am. However, if the aurora activity is low, you may need to wait until the night is pitch black to spot it. Optimally, the period between 10 pm until 1 am is the best hour for aurora hunting.

Aurora activity occurs frequently in places under the aurora belt, yet many people failed. Why? These are the most important factors affecting your success rate:

1. No clouds allowed. Northern Lights appear very high up in the atmosphere, which means that you cannot see them if the clouds are blocking. Do check the weather forecast to help you pick the right place at the right time. In general, coastal areas tend to be warmer but cloudier, so you may want to head inland to maximize your chance.

2. Light pollution is your enemy. Picking the right base is only half the battle. Chances are… your base city is decently lit, and since most aurora activity is quite faint, you actually have to go far, far away from any source of light before you can spot the Green Lady. Besides, city lights cast an ugly orange color which don’t make for good photos.

3. The more space, the better. Dramatic mountains and objects make for awesome dynamic. But seeing as sometimes aurora can appear low in the horizon, you don’t want them to block your view, so move far enough to allow breathing space for the sky to interact with these objects.

Nobody told us that aurora hunting is hard work, eh? I had to hike almost 2 hours from Reine in Lofoten Islands, experimenting with different places before I discover the right opening for aurora to shine through in Hamnøy. 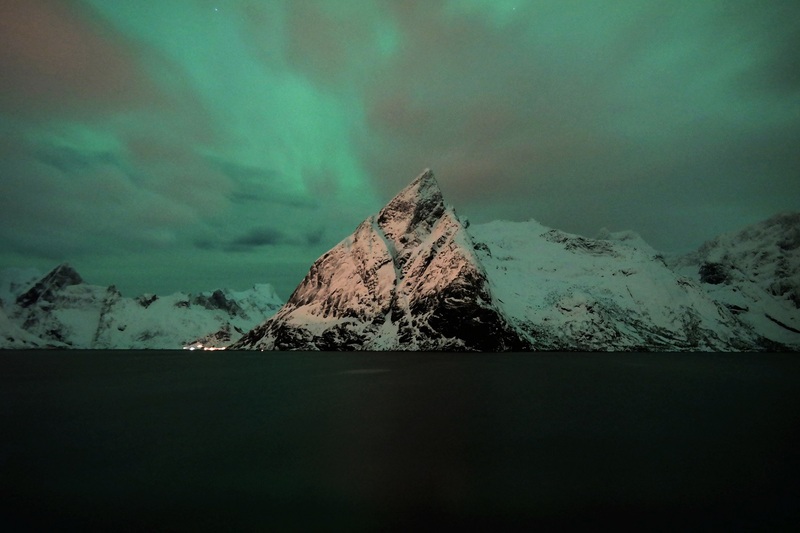 Totally worth it, though.

The solar storm activity, which in effect causes aurora to occur, changes every 11 years. After the sun past its peak, the number of solar flares and electrons produced will begin to wane until the next cycle begins.

The auroras won’t disappear completely, but the frequency will be less and the activities likely to be weaker. Nonetheless, large solar flares may still occur. For instance, there was a peak in 2001, but large solar flares with good aurora displays still occurred in October 2003 and September 2005.

In a nutshell… no, it’s never too late to see aurora.

How to Photograph the Northern Lights

Don’t go home empty handed! I have written a comprehensive post detailing how to photograph the Northern Lights for beginners. Yep, right! You don’t need to be a professional photographer as long as you follow my guide. =)

Have you ever seen the Northern Lights before?